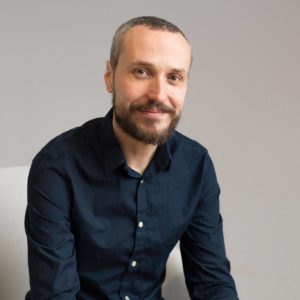 Every beer drinker knows a brew tastes better when you’ve earned it. Preferences also change by season—a crisp lager is never better than in the high heat of summer, and cooler weather makes a rich flavour like porter especially appealing. These fundamentals combine beautifully in Kawarthas Northumberland, where an abundance of hiking trails meets a range of craft breweries. If you’d like to work up a thirst on a trail or bring home a sampler after exploring the region, here are some recommended pairings.

The Pie Eyed Monk at 8 Cambridge St. N, Lindsay, is home to The Lindsay Brewing Company, one of Kawartha Lakes’ premier brewers. Situated in the handsome 1868 C.L. Baker building, the brewery shows their local pride by naming their beers in honour of local attractions and groups. The Olde Gaol Pale Ale, for instance, is named in honour of another iconic Lindsay location, while the First Response Amber Ale pays tribute to first responders and frontline workers. You’ll also find the fall-specific Harvest Moon Pumpkin Ale, brewed with pumpkins from nearby Stellmar Farm.

Better yet, it’s only ten minutes’ away from Ken Reid Conservation Area, the ideal aesthetic pairing to get you in a fall frame of mind. With 10 km of trails and panoramic views across Sturgeon Lake, you can easily make a day of it among the autumn leaves before hitting the town. The Pie-Eyed Monk also offers a full food menu if you’ve worked up an appetite along with a thirst.

If you find yourself in the northern half of Kawartha Lakes, try pairing a visit to Balsam Lake Provincial Park with a trip to Fenelon Falls Brewing Co. The lookout trail at Balsam winds along eskers and kames, geological formations that offer a window into the region’s natural history. You can complement it with a look at cultural history in the lovingly restored livery stable that houses the brewery. The beers run the gamut from traditional to experimental, with everything from vienna lager to guava gose. Pack some home with a visit to the bottle shop, or extend your fall experience by lingering in the taproom.

It’s no secret that Ranney Gorge Suspension Bridge is one of Northumberland County’s top attractions. Most visitors linger at the bridge for a photo op, though, meaning the connecting trails at Ferris Provincial Park remain pleasantly secluded. The 10 km of trails will lead you up a vibrantly wooded drumlin that’s never more beautiful than in the fall.

Like many of the breweries on this list, Church-Key Brewing Company matches the autumnal vibe with an evocative historic property. The former Methodist Church was built in 1878 and serves as an attractive landmark on a hill just fifteen minutes from Ferris. It doesn’t get much more local than Church-Key’s Northumberland Ale, and the Holy Smoke Scotch Ale has a deep, complex flavour perfectly tuned to the season.

If you’re closer to Cobourg, Northumberland County Forest and Northumberland Hills Brewing are a match made in heaven. You’ll see where the brewery got its name as you meander along the Northumberland County Forest’s extensive network of trails, rich with stands of red and gold hardwood. You may be surprised to find one of the longest trail systems in the region only twenty minutes from town, but if you make time for both stops you’ll be rewarded with a mouthwatering selection of brews that includes a stout, red and blonde ales, and more.

Peterborough nature lovers are spoiled with a mature and closely wooded trail system right in the middle of town. Jackson Park offers a wide and flat railbed section for walkers of all abilities, but anyone looking to hike in the woods can easily step off the main trail and find themselves following the tranquil course of Jackson Creek. Better still, it’s fifteen minutes by foot to the Publican House Brewery at 300 Charlotte St. This Peterborough institution produces seven varieties of suds, including a stout, a pale ale, and the local favourite, the KLB Raspberry Wheat Ale. If you’re hungry, the food menu offers wood-fired pizza and other delicious options to soothe a happy, footsore hiker.

Though the trail is comparatively short, leaf hunters can often be found at nearby Mark S. Burnham Provincial Park. Here mature stands of maple, beech, elm and hemlock tower above the trail, creating one of the region’s most striking fall canopies. After taking it in, beer drinkers with a taste for specifically Belgian brews should make a beeline to St. Veronus Café and Taproom. This restaurant in the heart of Peterborough doesn’t brew its own beer, but instead offers a selection of Belgian beers unmatched in its category. As the days get shorter and the nights get cooler, it’s an excellent spot to wind down a day on the trails and savour the finer things in life.

Nautical Distancing: How to Safely Visit the Trent-Severn Waterway in 2021